Sanibel Police Department Press Release, 1:45 am:
“At approximately 12:45 am, Saturday, June 9, 2012 a Tornado Warning was issued for western Lee County.  The City of Sanibel activated the reverse 9-1-1 Emergency Notification System.  The Sanibel Police Department called homes from the Gulf Pines Subdivision to the western terminus of the Island.  The message advised all residents to take immediate steps in the event of an actual tornado.  As of 1:25 am the entire Island is under a severe storm warning and persons should take proper precautions.”

Without having to be notified, we knew about the weather because the thunder and heavy downpour had awakened us.  As I lay in bed drifting back to sleep, I looked forward to the morning, thinking about where I would go.  Storms make good skies.  Sometimes. 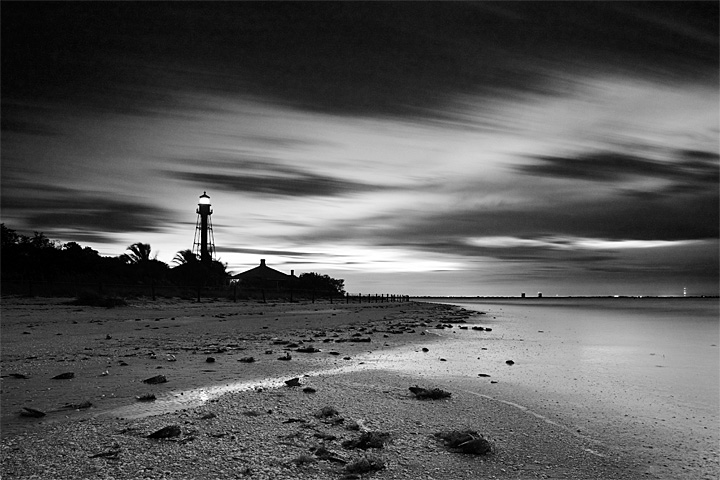 The beach was deserted when I arrived.   I had it all to myself.  Through scudding clouds, the third quarter moon cast my shadow on the shelly sand.  The sky was beginning to lighten in the east as I caught the lighthouse in a three minute exposure. 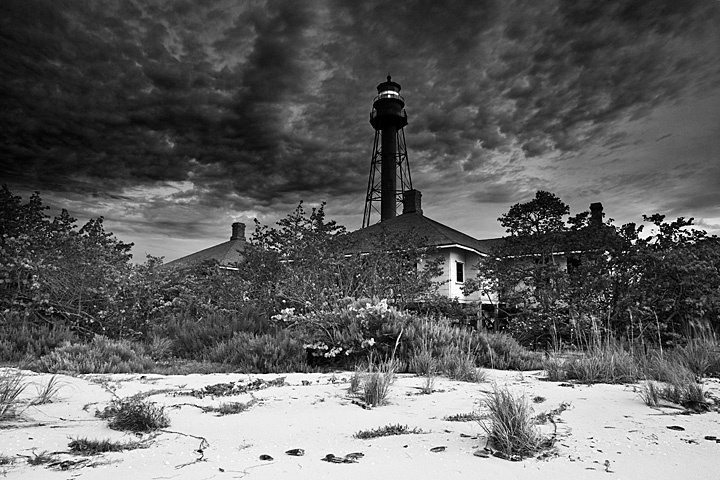 Later, with the sun trying to squint through cracks in the clouds, it took four seconds to convince the camera the sand was white, allowing it to see the double blink of the lighthouse's lantern under the dark sky. 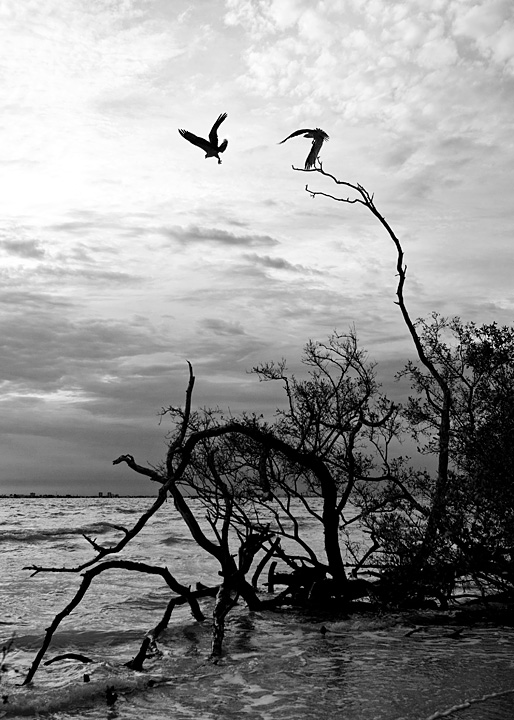 As the sky gradually dissolved into overcast, I saw an osprey on its perch. Some photographers might pull out the long telephoto lens, but in this dull light the photos would be lifeless.  I chose my trusty wide-angle zoom.  I managed to position myself awkwardly in a buttonwood on the edge of the surf and waited.  I hoped the fish hawk's mate would come by.  I wanted to get the gnarled branches with both ospreys in nice open-wing poses.  Norah Jones sang in my ear buds, "Don't know why I didn't come."  I waited.  After a while, the other osprey paid us a visit and the pair rewarded my patience.  Glad I didn't share Norah's lament.