A Change of Mind

I blogged about the morning I made this photograph a year ago.   I expressed the opinion that I usually preferred fog pictures to be in color rather than black and white.  Well, I changed my mind in regard to this one, at least.  Historic downtown Fort Myers is marketed by city fathers and their pitchmen as The River District.  I will have an exhibition there in January of black and white photographs featuring The River District.  (I'll announce the exhibition in a later blog.) 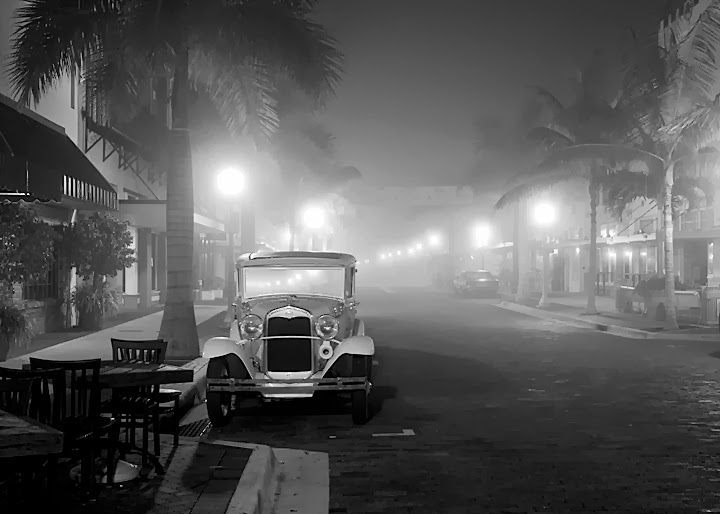 So, in rummaging through my archives for black and white River District pictures, I came across this one.  Although I initially said I like the way the warm glow of the streetlights gave this the look of a monochrome sepia-toned image, I have since seen it on various monitors and it usually looks too yellow, or too orange, or, ugh, too green.  I came not to like it very much and so decided to convert it.  My custom printer and my framer both commented favorably on it, and it has grown on me, too.  So I take it all back.  I renege.  Well, not really.  I did originally say that fog pictures in color were my usual preference.  So, this is the exception.  Who knows, maybe I should change my mind about my usual preference.