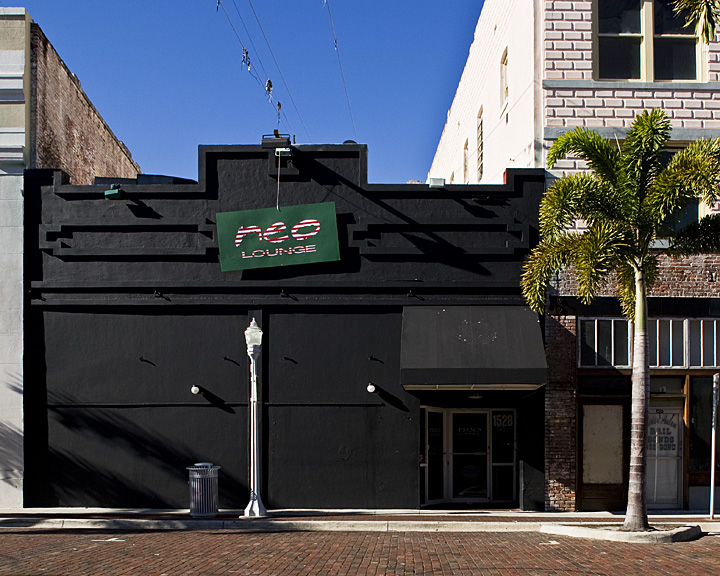 I do most of my photographing in the River District early in the morning. Sometimes in my morning walks, I walk past the Neo Lounge.  Its patrons are home, or who knows where, sleeping it off. I had noticed that they keep repainting this bar. They paint it more often than once a year. So I photograph it. 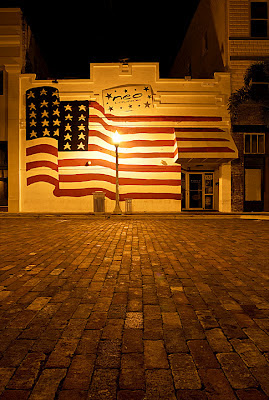 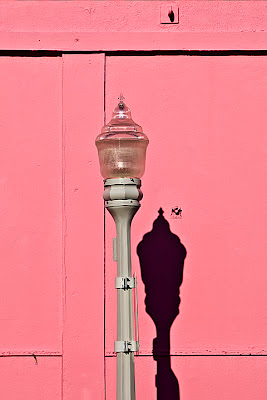 Other than the changes in the paint job, I don't really find it all that photogenic. Usually the cleaning crew's car is parked right in front, blocking me from getting the whole building. So, then I do a partial.
.
.
.
.
.
.
.
.
.
.

When I go to the river district, if the car isn't parked in front of the Neo Lounge and if it has a new paint job, even if I didn't make any keepers anywhere else, I feel that I had a successful morning if I get the Neo Lounge.  Certainly the smallest of small victories. 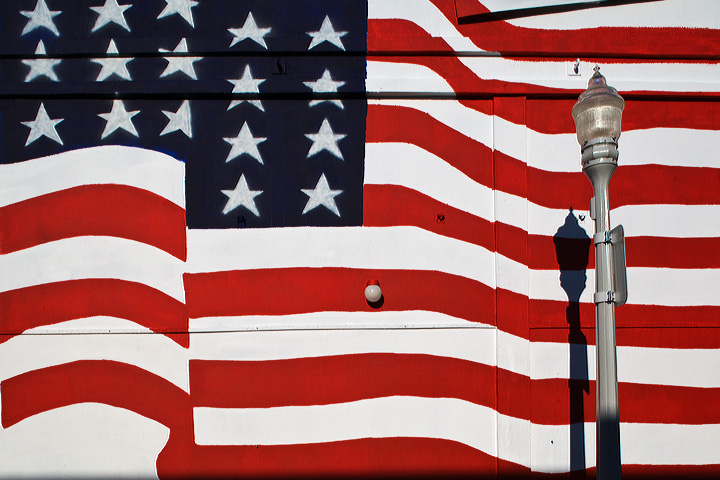 I've never been inside, never had a drink there, and have no wish to do that, but the Neo Lounge has become something of an ongoing thing to look forward to on my occasional visits to the River District. Have they painted it again? Is that car parked in front? 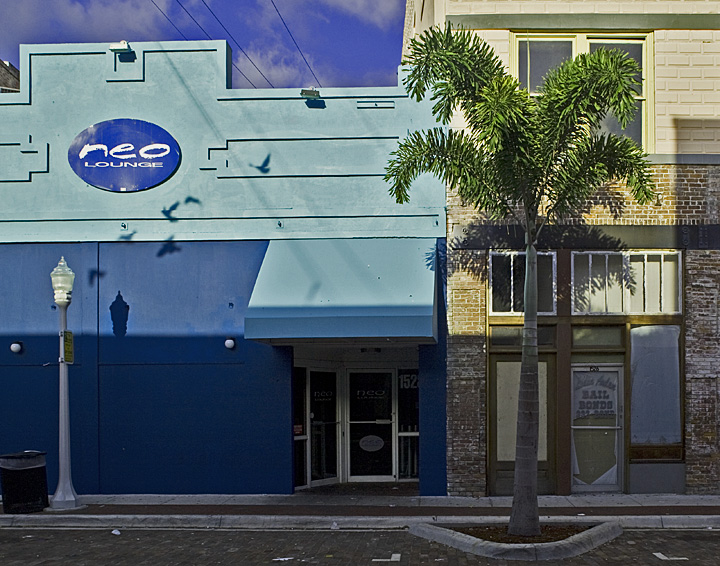 My last couple of blog posts have been about film, so while we're on the subject...
In my film days I made color slides. I didn't grok black and white and didn't have a dark room. So, I thought I'd give it a go and bought a few rolls of Ilford black and white print film. I'd send the film off to have it processed, just as I did with slide film, but when I got the prints back - what a disappointment! They weren't black and white! They were gray. So, I got a large piece of white paper and a black kitten, figuring this would have to be black and white, not gray. Right? Say hello to Monama, on black and white negative film, when he was still new, before he earned his name. 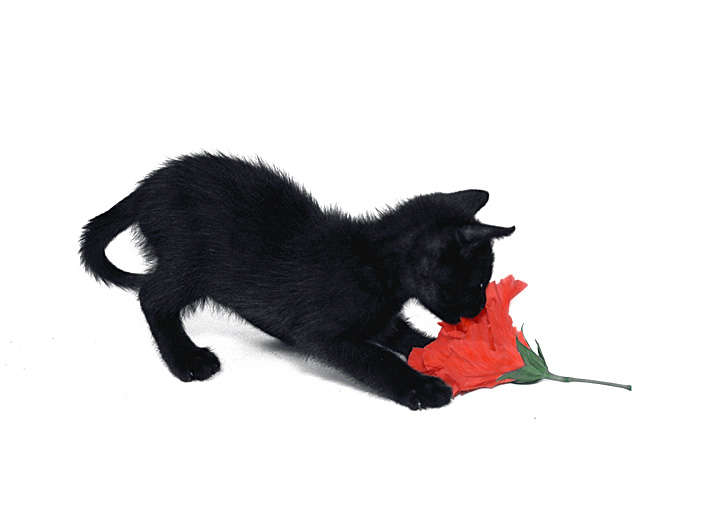 Monama was generally uncooperative, would not pose, would not stay on the white paper, and wanted to do what his kittenish self wanted to do. After several minutes of frustration, Monama's mommy, my clever wife Peggy, picked a hibiscus bloom and gave it to him. It worked! I finally was able to make a few exposures of more than just kitty footprints on white paper. When the prints came back, the flower, of course, was gray. So, I scanned the negative, and in one of my earliest attempts at digital editing, colored the flower red, just like the playing cards in Alice in Wonderland. ♫ We're painting the roses red. We're painting the roses red. ♫
I've been mulling over a blog post regarding my notions about black and white, but it hasn't gelled yet, so this will have to do for now. By the way, the blossom that Peggy gave to Monama wasn't red.
No comments:

Or, How We Use To Do It in the Old Days


To finish the verse:
I've got a Nikon Camera
I love to take a photograph
So Mama don't take my Kodachrome away
Paul Simon 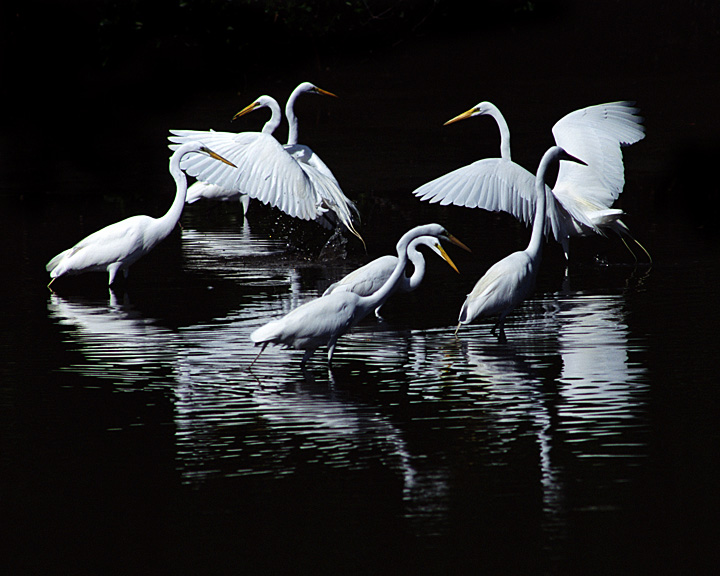 In my last blog post, I lamented the passing of film. In response to which, my friend Don Thompson commented that his first serious photography attempts began with digital. I guess that that's true for a great many photographers.

Not only did I use film, I also used gear that was not exactly the latest tech. If I have something that works well, I tend to keep using it until it breaks down, wears out, or is pathetically behind the curve. (I've only had two cars in the last 35 years, and one wife in 45 years.) My first big glass was an ancient Nikkor 600mm f5.6 super-telephoto lens that I bought second hand, or more likely, third hand. From its serial number I learned that it was made in 1964. The lens is an enormous thing that feels as if it's made of cast iron. I also had a Nikon F2 camera from 1973. The camera is an all-metal, all-mechanical body. Film is advanced by a thumb lever. Remember those? The F2 and the 600mm lens are a pair of lovers who, once married, didn't like to be separated. Whenever I needed the super-telephoto, the F2 got the job, even though I had later, more sophisticated Nikon bodies. The heavy lens is a bear to handle – its manual focus is quite stiff, but the camera is a joy, a satisfyingly ergonomic leather-covered chrome-finished metal workhorse. I made many photographs with this pair, including some of the ones in the So Long, Kodak  post.

One of the great technological advances incorporated into the F2 camera was a through-the-lens (TTL) light meter, though the camera will still operate without a battery. The early lenses for Nikon camera bodies with TTL meters were known as 'prong' lenses because of the metal appendage that let them couple with the camera's meter. The big 600 was made for the earlier Nikon F, which didn't have a TTL light meter, so the lens had no prong and couldn't let the F2's meter know of its aperture setting. Although I do own a light meter now for use with studio strobes, I didn't have one then. Exposure was based on my own best judgment. I usually was able to come pretty close to the correct exposure and if the light was tricky, I bracketed. 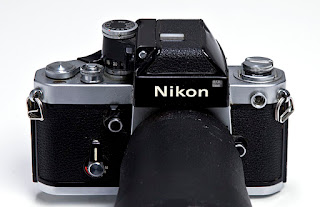 On a fine spring morning in 2002 at Ding Darling National Wildlife Refuge, a favorite haunt of mine for bird photography, I had long since stopped photographing because the good light was long gone. I had packed up and was heading for the exit. I rounded a curve and there was this flock of great egrets enthusiastically foraging in a pool in a small opening in the mangroves. I set up the tripod, even though I knew the sun was too high, the light was too hard. White birds against a dark background in high contrast light - iffy at best. I couldn't help myself. I shot about a roll and a half of film.
I used John Shaw's fast-5.6 rule, a variation of the sunny 16 rule, to determine the 'correct' exposure and then under-exposed by two stops to keep from blowing out the whites of the egrets' feathers. Before the instant feedback of digital, I had no way of knowing for sure if I had correctly judged the exposure. I was able to review the slides about a week later when they were returned from the lab. There were quite a few that were not too pretty bad. I had nailed the exposure. As soon as I saw the one, I knew I had a winner. I was so pleased I danced a little jig. 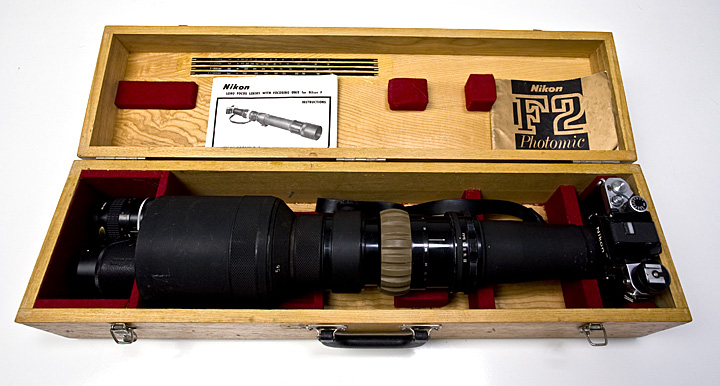 In the fall of that year, I entered it into Ding Darling's annual photo contest. It was the first time I had ever entered a print in a contest. Ballet For Seven Egrets won first prize. Several people who saw the photograph on display in the Ding Darling Visitor Center contacted me asking for prints. It was the first time I ever sold a photograph. And I did it with an old-hat, non-computerized,  not auto anything, manual camera and lens.
2 comments: