Kodachrome
Gives us those nice bright colors
Gives us the greens of summers
Makes you think all the world's a sunny day, oh yeah!
Paul Simon 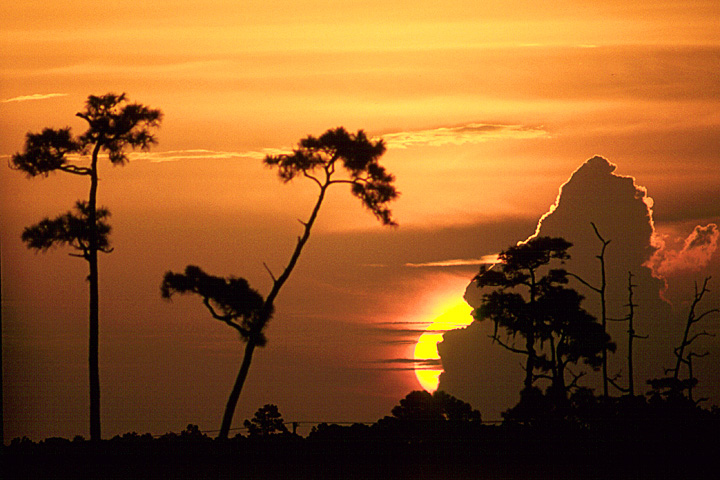 Kodak is declaring bankruptcy, so I hear.

Kodak popularized photography for regular folks. As a young boy, I got a Kodak Brownie for Christmas one year. Its flash attachment screwed onto the side of the camera.  The round silver reflector accepted flash bulbs that had to be replaced after each shot.  Ouch! Be careful! It's hot. The heat of the flash would bubble and deform the glass of the bulb.  The roll film came in a yellow heavy foil pack.  You had to go into a closet to change the film in the dark. The film was advanced by turning a knob until the next frame number showed in a little window.  A great little camera. 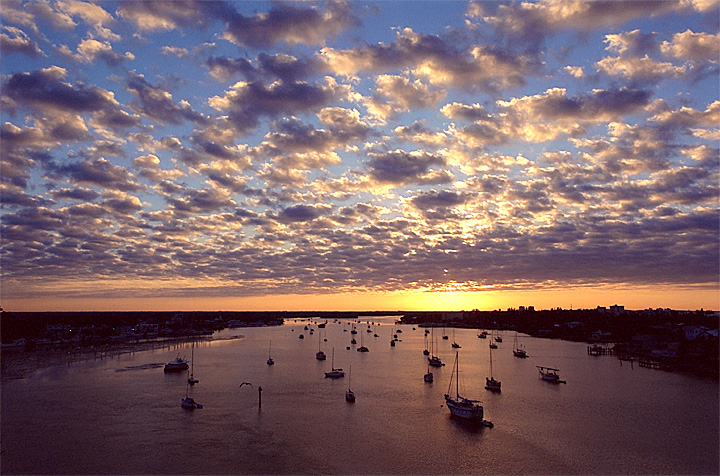 Kodachrome was the standard for color film, the film against which all other film was compared.
Kodak also pioneered the first digital SLRs, based on a Nikon body.  My first digital camera was a Kodak DC260, in 1998. The company I now work for as a portrait photographer was once Kodak's largest customer.  Now we shoot only digital 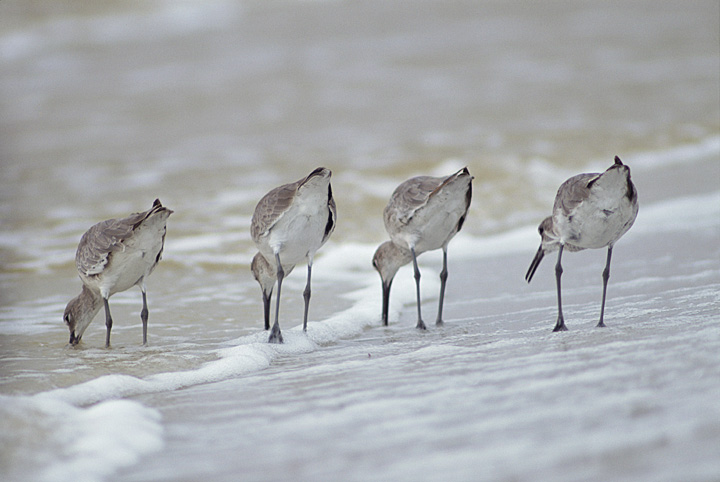 I know some folks who still use  film - mostly large-format photographers.  Filmosaurs.  I used 35mm film cameras for years.  Although I occasionally used Kodak Ektachrome or  Kodachrome 64, my film of choice was Fujifilm Provia.   When I switched to digital in 2004, I finished the roll in my film camera and I've never used film again. 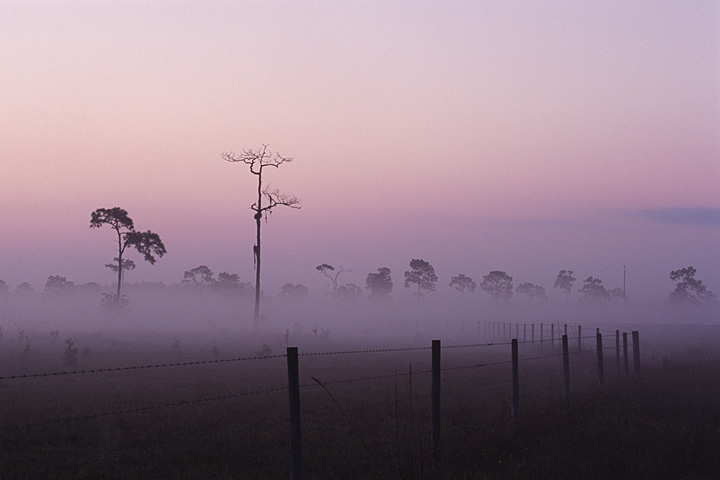 These images were captured on film.  I offer them as a tribute to Kodak and the passing of an era.

Mama don't take my Kodachrome away.

I had planned this shoot for several weeks. January 13, the moon would rise at 6:03a.m., 119 degrees azimuth. It would be about as close to the lighthouse as it would ever get, when viewed from the most westerly sandbar under the east end of the most westerly bridge on the causeway.

The temperature was in the 30s, but the wind was almost calm. I got the gear out of the car and put the lens on the tripod and the camera on the lens. Put on the vest, grabbed my McDonald's coffee, hefted the rig over my shoulder and started walking alongside the bridge. No moon yet. It was dark but I could see that there were low clouds on the horizon. I looked at my watch - just about time. I should start seeing the crescent any minute. As I reached my destination, still no moon. I should be seeing it. I set up the tripod at the edge of the water, pointed the lens towards the lighthouse, and tried to level the camera. Too dark to see the bubble, so I fished out the little light that says "Grandpa" that David had given me for Christmas. It's single little LED seemed awfully bright. I leveled the camera and attached the shutter release cable. 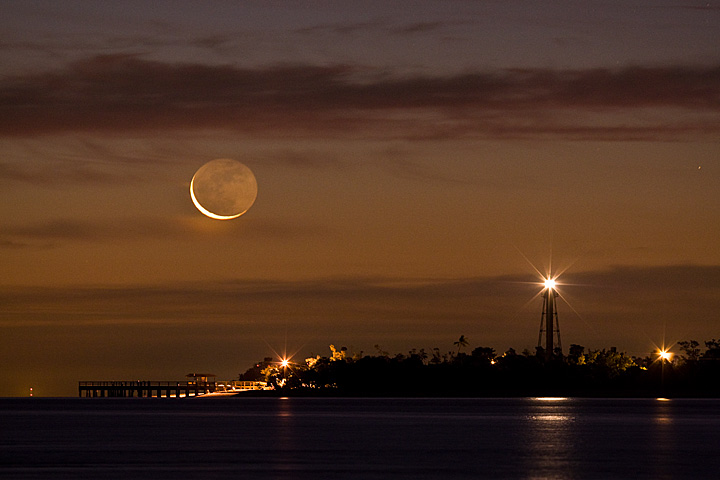 Oh!  There it is!  The moon had risen fully above the layer of hazy cloud. I took a shot. Didn't even check the settings. A 30 second exposure. I knew I needed a much shorter exposure time to keep the moon from smearing as it moved. I composed, made a few test shots. Managed to get it down to five seconds. Too dark. More adjustments. The moon sped along its rising path.

Before I knew it, it was too high to keep it in a horizontal frame. Recomposed to vertical for a few more futile exposures. Changed from the 300mm lens to the 70-200 zoom. Composed a few more horizontal frames with the zoom lens. The moon seemed so small through the shorter lens as it continued its relentless climb into the brightening sky. 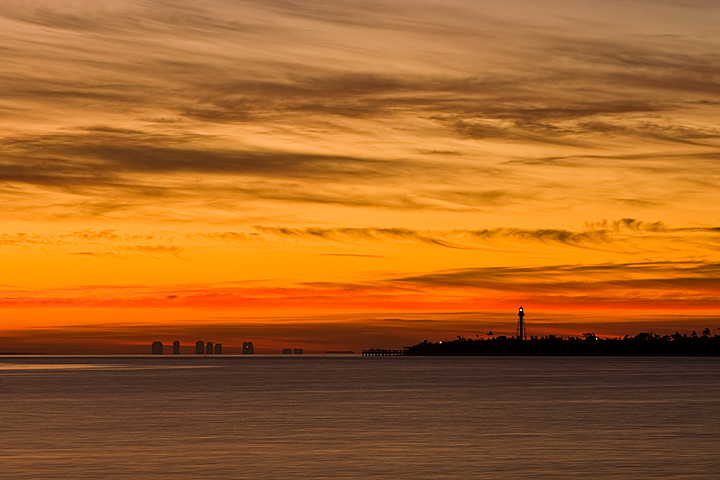 As I walked back towards the car, I realized how cold my hands were. I had been completely oblivious to my old nemesis, the cold. The buildings that had been behind the island slid along the horizon with me as I walked. The light in the sky had gained some character. I made some unplanned pictures with the 70-200.

As I made my final exposure, a pod of dolphins started rolling out in the bay. They were way too far out for the 200, but I popped off a few anyway. I just stood there and watched them for a few minutes until they moved out of sight. It's always good to see dolphins.