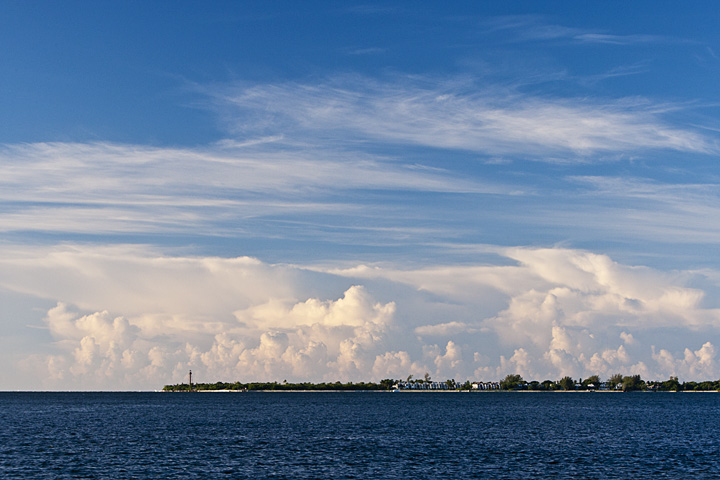 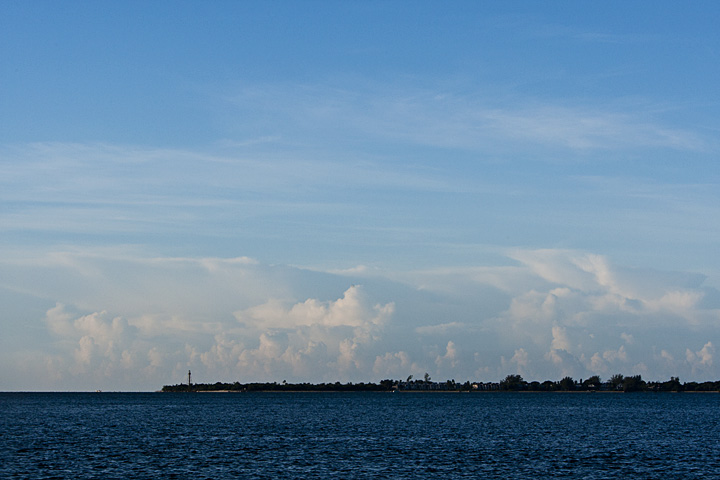 One of the things a polarizing filter is good for is increasing the contrast in clouds, especially on a hazy day.  I show you these two photos simply to illustrate the effect a polarizing filter can have on clouds.  One photo was made with the polarizer rotated to its maximum effect; the other was made with the polarizer rotated to its minimum.  The maximum setting slowed the shutter speed by two stops, but in this case that was inconsequential.  The positive effect on the image is remarkable.  To be most effective, the axis of the lens needs to be pointed perpendicular to the direction of the sunlight, that is, the sun should be to your side rather than in front or behind you.