The Moon and the Lighthouse, Again 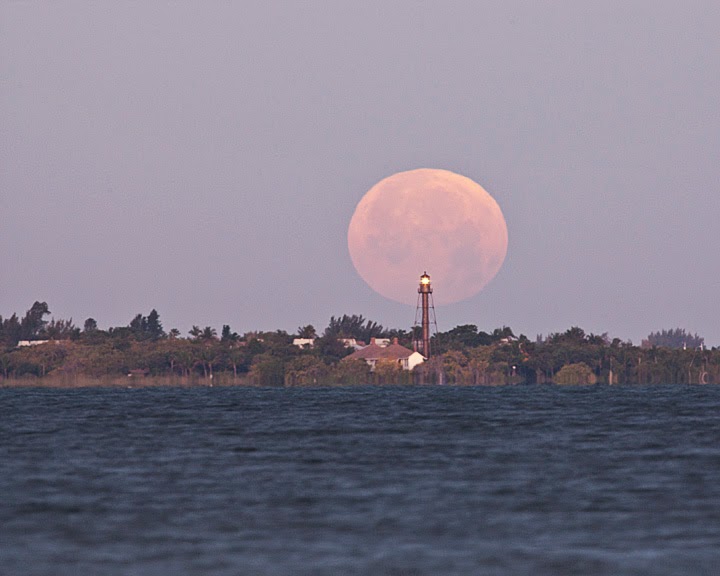 Two weeks ago I finally managed to catch the full moon setting behind the Sanibel Lighthouse. The lighthouse and the moon has been an ongoing project.  It seems I've blogged about it incessantly:   August, 2011;  October, 2011;  January, 2012;  June, 2013 .

I went out yesterday morning to catch the crescent moon rising above the lighthouse.  The moon would rise about an hour before the sun.  There is a place I could position myself to get the crescent almost directly behind the lighthouse from about a mile and a quarter away.  It was raining when I awoke.  The radar showed a narrow band of rain, but I hoped that it might move on by the time the moon would rise, so I headed out.  It rained.  I sat in the car.  It rained.  Eventually I convinced myself that the sun must be up by now. The sky was gray and gloomy and opaque and it rained all morning long. So half of my quest has been satisfied - the full moon.  The project continues, to catch the crescent.  At the rate I'm going it could keep me intermittently occupied for years to come