Or, have you ever googled yourself?

I have a new app on my iPhone: Dragon Go. You speak and it finds whatever you're looking for. To try it out, I said my name and tapped the little camera icon and it found stuff. It found photographs of mine, mostly on my website. I expected that. It also found photos and articles of those other people who share my name, the Segway dealer Buck Ward being sued in Richmond, the Coastguard CPO Buck Ward receiving an award in Miami, the big game outfitter Buck Ward in Colorado, et al.  But I was surprised to see this photograph.  It's a snapshot I made of David at the Southwest Florida Fair in 2007. It's always been a favorite little gem.  We call it Goatboy. 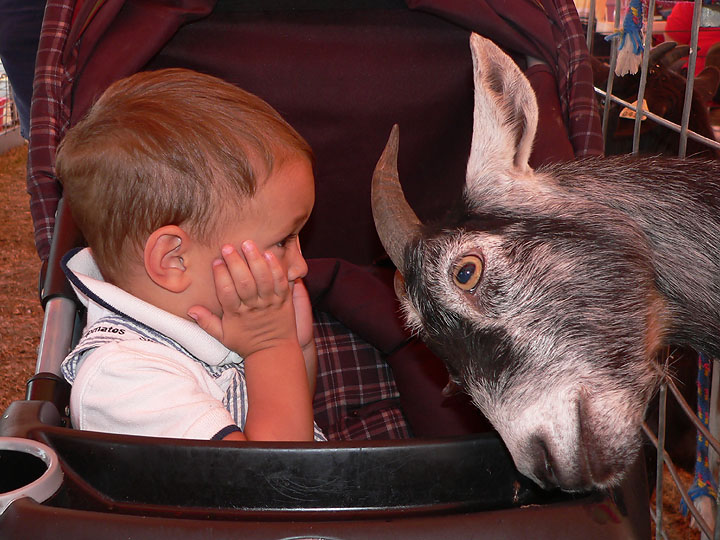 When I tapped the little thumbnail image on the iPhone, it took me to a site called  File Magazine - A Collection of Unexpected Photography.   File is an eclectic collection of oddball photographs. On the home page it says, “File Magazine: 2004 – 2010 It's Been Fun. After six great years, the editors of FILE have decided to call it a day. Thanks to all of the talented and generous contributors who made this an amazing experience, both to curate and to visit. The Collection and The Projects will remain for posterity.”   I don't remember posting Goatboy there,or even having seen File Magazine before, but I guess I must have, maybe. Dragon Go took me to a thumbnail link of the photo in the Contributors section of File Magazine as an avatar next to the listing: "Buck Ward is a photographer from the south gulf coast of Florida. You can see more of his work on his website."

A little further googling found a copy of Goatboy on a Lebanon based blog called I Liked these Pics.   At least, after taking my image without my consent, Nassim acknowledged my copyright.  Oh well.  It just goes to show that anything you put out there will stay out there "for posterity," as the editors of File said, and may be appropriated by others.

PS -
Email subscriber Geri suggested that I "list some contact information on them so if they get passed around, people know who to credit."  I hadn't realized that there was no attribution on the email version.  I've added the byline and links above.
Many thanks, Geri!