Birds in the Landscape 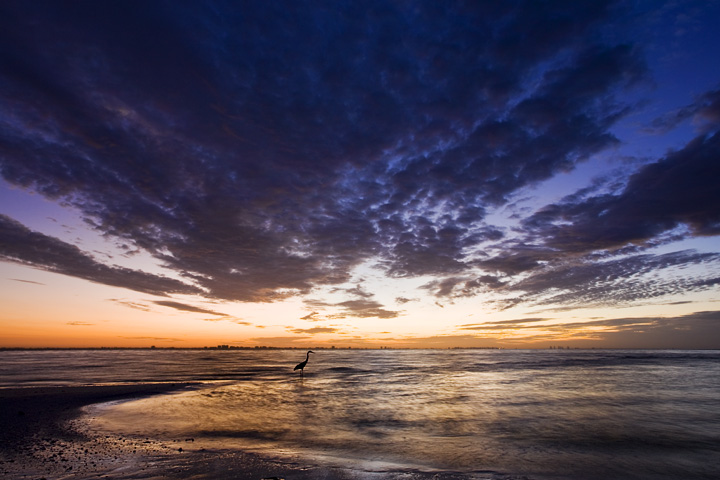 The other day I was on my favorite beach, at the lighthouse on Sanibel Island. It was after first light but still well before sunrise. The sky was teasing me with a prospect of glory.  I walked along the beach to the point, an ephemeral little spit of sand, Point Ybel, the easternmost tip of Sanibel. I couldn't stay long. I had an appointment to keep. My go-to wide angle zoom, the 17-40mm f4, was mounted on the camera. I set the tripod as low as I could without kneeling – didn't want sandy wet knees on my office-casual slacks. The sky was nice; the clouds had good form, converging lines.   Now I could see that the color would not explode; the sunrise wouldn't be spectacular – but nice. I exposed a couple of frames. Time was running short. Just as I was about to pick up the tripod, in flew a great blue heron. So, I stayed. My first exposures upon arriving had been 20 to 30 seconds or so, but now, as the approaching sunrise brightens the sky, exposure time has dropped to less than 2 seconds. The heron is actively hunting, moving about in front of me, but he does hold still for a second or two from time to time. He is relatively small in the frame, but still, a small enhancement, a kernel of interest to an otherwise unexceptional skyscape. So I give it a shot. Mirror lock-up is enabled, so it takes two clicks to open the shutter, then a second or two later another click as the shutter closes. I shoot rapidly, every time he stops, hoping to catch him in one of his motionless pauses. Click-click, click. Click-click, click. Click-click, click. Finally, I grab the tripod and hurry back along the beach towards the car, “For I have promises to keep, and miles to go...” before the sun rises. 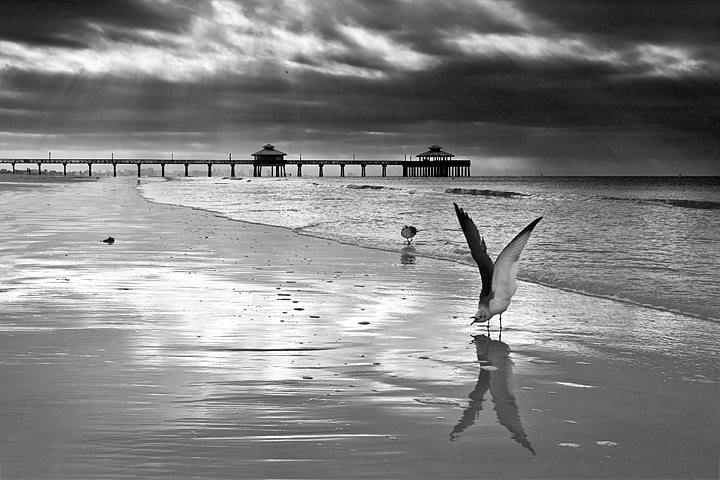 Birds are usually photographed with telephoto lenses. Wide angle lenses are usually used for landscapes. To make a landscape with a wide angle lens with a bird in the foreground means that one must be rather close to the bird for it to show as more than a speck. Occasionally the birds tolerate a stealthy close approach. Usually not. In the photograph above, a flock of gulls casually fled in twos and threes as I crept closer, little by little, to make the composition I wanted.  Then one of the remaining pair raised its wings just for me. Although the sunbeams I had hoped to capture beyond the pier were fading, my patience was rewarded with one of my favorite photos. 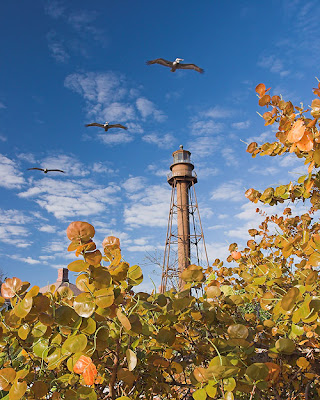 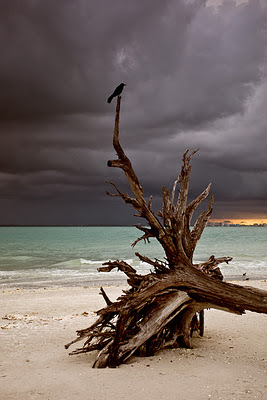 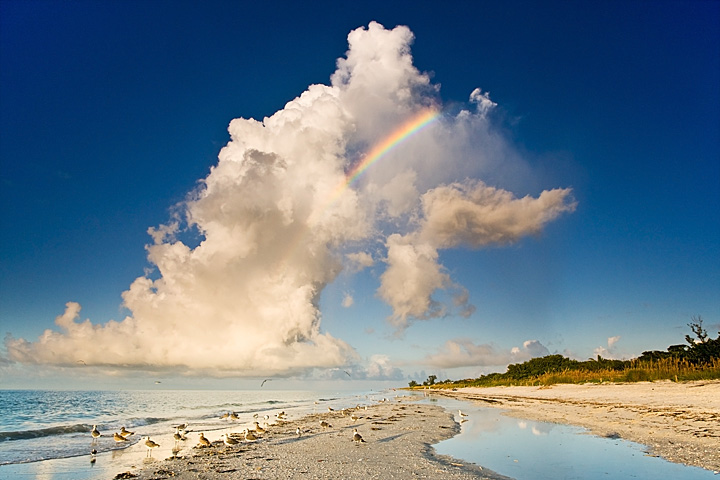 Often, in the low light of early morning, the shutter speed simply is not fast enough to stop the motion of a moving bird, especially a bird in flight. We get an unidentifiable blob, a blurry dark streak against the sky. On occasion, a bird will stay still long enough for a longer exposure, a motionless silhouette against satin surf.  But mostly not. 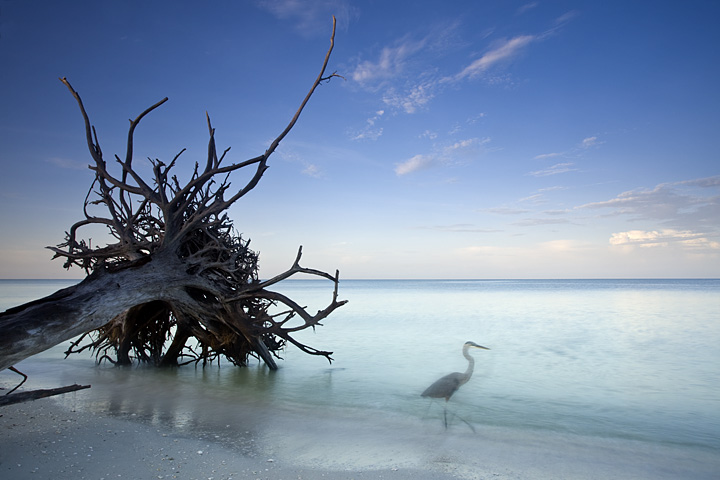 No matter the circumstance, birds in the landscape are always just a little bit special.